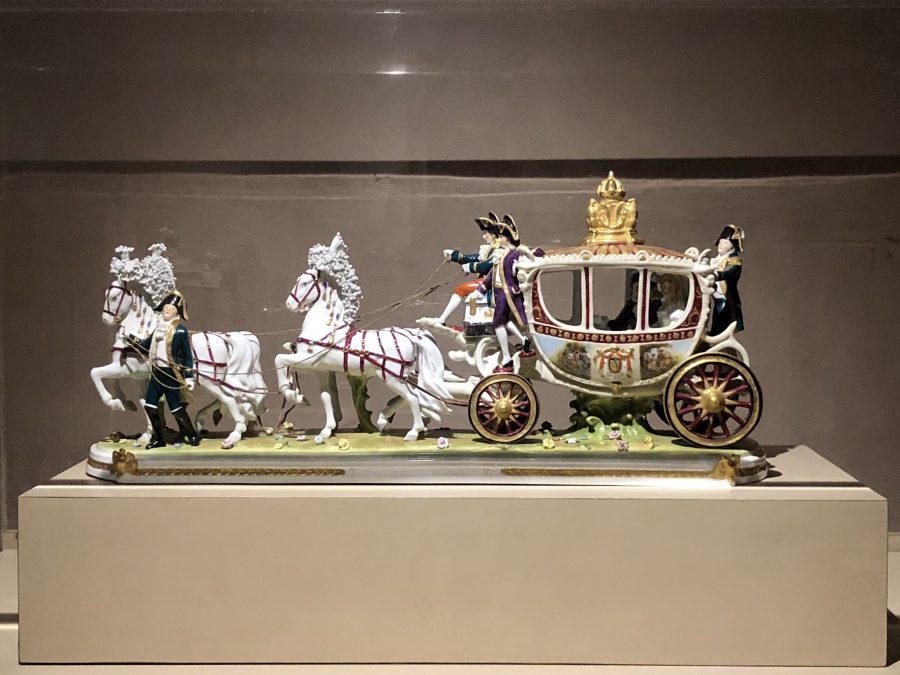 On Feb. 26, the Appleton Museum hosted its Half-Day Happenings event. The event was based around one of their exhibits on the building’s second-floor called the “Timely Elegance” exhibit. Visitors of all ages were welcomed to this event.

The museum staff gave participating visitors a clipboard with an activity sheet and a map attached to it. The activity encouraged visitors to take a closer look at the art and locate various objects on the pieces.

The activity sheet included questions asking to look at small details such as tiny faces, golden objects, and which clocks included minutes while informing visitors on various facts about the pieces.

Staff members had said that the most popular piece in the museum was a painting named “The Watering Trough,” which was painted by an artist by the name of John Sargent Noble. According to the museum’s description, The Watering Trough depicts city carriage horses lined up at a trough for a well-deserved drink of water.”

Whenever the piece isn’t on display, various visitors would ask the staff when and if the piece will ever come back. Due to it being the fan-favorite, it has a chance of never permanently leaving the collection.

Skye Myer, a participant, said “The art that went into it was very unique and I could tell it was a very beautiful piece of work.” She found out about the event online and has been a frequent visitor. “It’s a very special place to go and I’m a really big fan of art.”

Another participant, Conner Morley, said that the one clock in the exhibit that stood out to him was a piece called “Tall Clock with a Painted Face.” He said that it had a lot to it, and he found it very intriguing.

The “Tall Clock with a Painted Face,” along with other various pieces in the exhibit were all collected as gifts given to Arthur I. Appleton, the museum’s founder.

Museum staff, Danuti Jacob said that the exhibit was visually appealing and reminded her of the Victorian era. Jacob said that the “Renaissance Style Mantel Clock,” made by the Sèvres Porcelain Factory, was the piece that had mostly caught her eye. She didn’t realize there were images that appeared on the clock until she read the activity sheet.

All throughout the event, the staff was very welcoming and helpful to visitors. They were willing to help inform individuals of various information that they could recall about the pieces.

Several participants during the event said that the museum had picked the best exhibit to base this event around. Many families thought of this as a great educational opportunity for their children.

Story and photos by: Lauren Gillyard 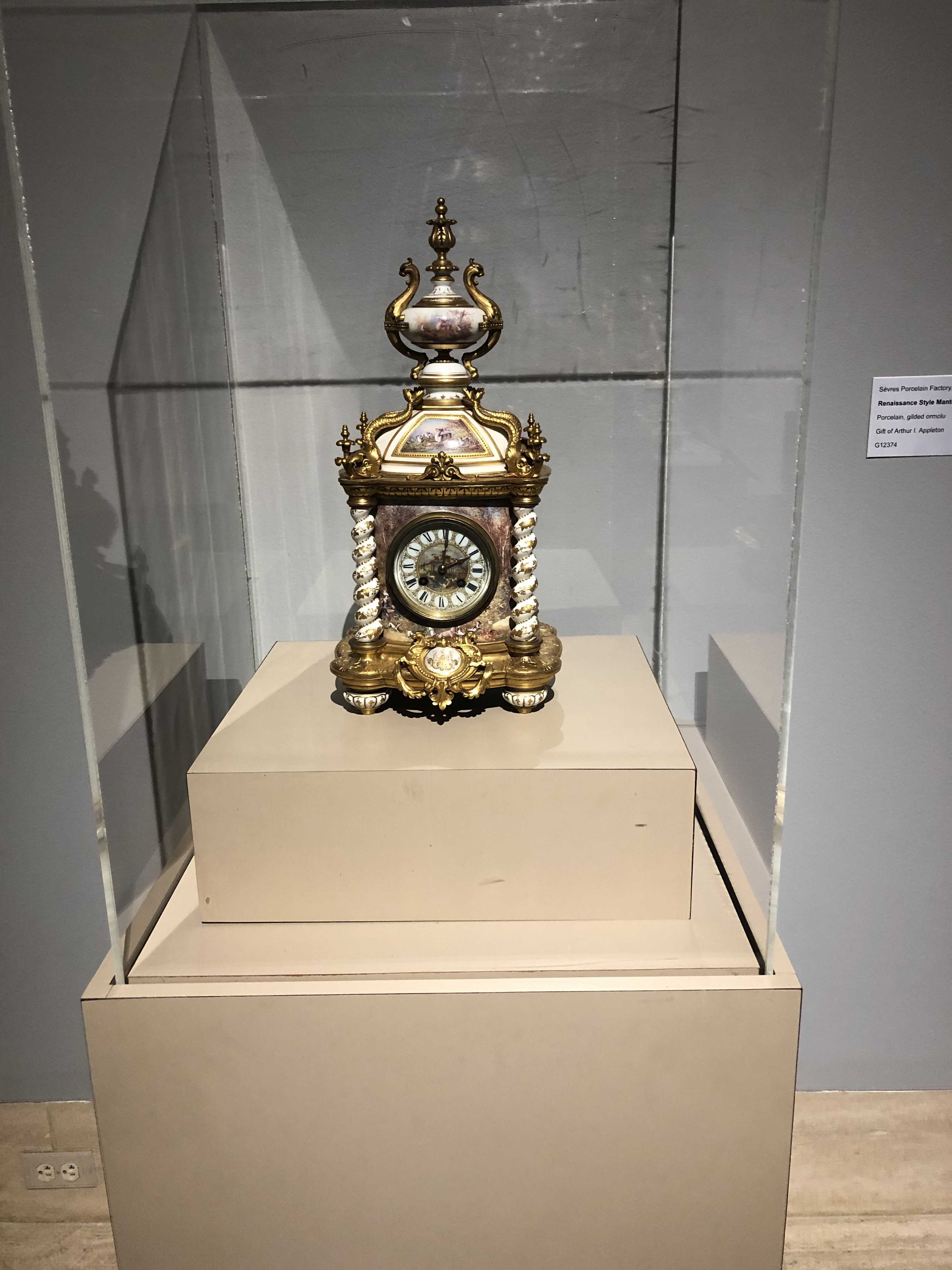 Visitors were given the chance to observe various animals present on the clock while completing part of their activities. 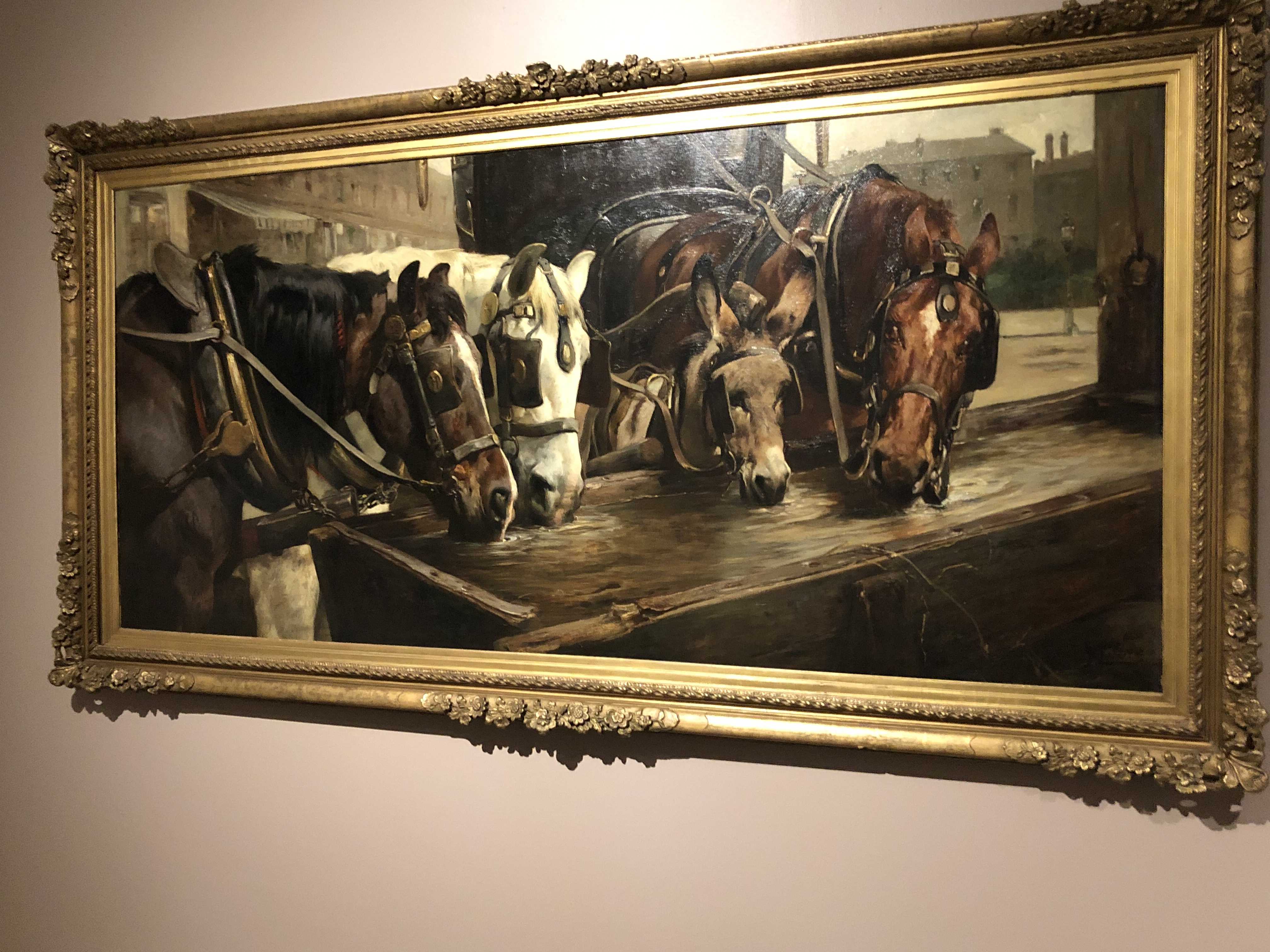 While having visitors’ hearts, the watering trough has a chance of becoming a part of the Appleton’s permanent collection.