M.E.G.A Monday with Dr. Sarah Satterfield: Why is Student Engagement so important? 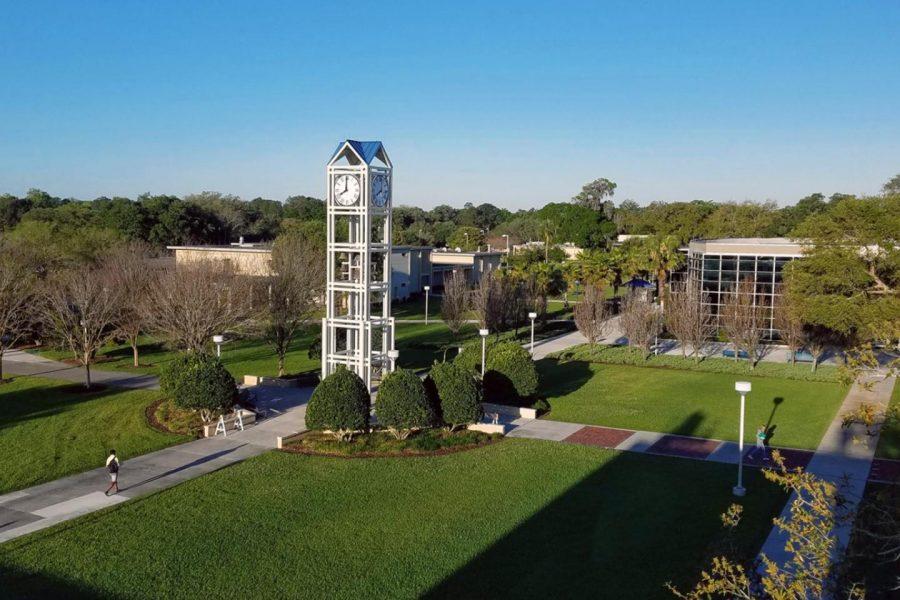 On October 7, 2019, CF presented Dr. Sarah Satterfield, Department chair of the Visual and Performing Arts Department, to discuss the importance of communication and student engagement. This session was named “Lego, Haiku and PB and J: Student Engagement” and was from 12:30-1:45 with pizza provided for each student who showed up.

“Studies have shown that students are much more successful when they feel a connection to either the course, content, or teacher,” said Satterfield.

To put this theory to the test, Satterfield’s first activity was the 20 questions games. This is a simple game to engage students. Satterfield would ask a question like, “Do you have any siblings” and if you did you would stand. If you didn’t you would sit.

With each question, you would see students stand and sit. Whether they were in into working out or in an ensemble in CF’s music department: it soon became apparent that a major part of student engagement is finding your place.

“It’s just so important to find your niche. Find your happy place on campus,” said Satterfield.

To further get the students to know each other she then plays the game of “What’s App.” This was a game to see what app on your phone is unique to you and your lifestyle. As Satterfield asked for volunteers, students had the opportunity to see that some of their lifestyles were the same or similar.

One student, in particular, had an anatomy app putting pieces of the body together and learning their function. When the student began to talk about the app on her phone and soon she found that she wasn’t the only one that had it. This further shows that you will never know who is similar to you until you engage with that person.

The last student engagement activity was the Haiku game. A Haiku is a type of Japanese poem with 17 syllables with three lines of five seven and five words. This game was just a way to get the wheels turning in the student’s minds.

She went around the room for the student to read their poems. Many didn’t want to share because they were dark or too personal, But Maria Babione had no problem speaking about her poem.

“I Pray that I live

The way that God would have me live

As the session progressed, she then went into her projects for communication between students. The students began to play games with Lego and even got artistic with drawing. But the true test of communication was the PB and J challenge. In this game, students had to race to make a peanut butter and jelly sandwich with instruction from only their partner.

In the end, students enjoyed Satterfield’s session. “I liked how interactive it was,” Shana Vardis, CF student said.

Story and photos by: Ta’Bria Snowden