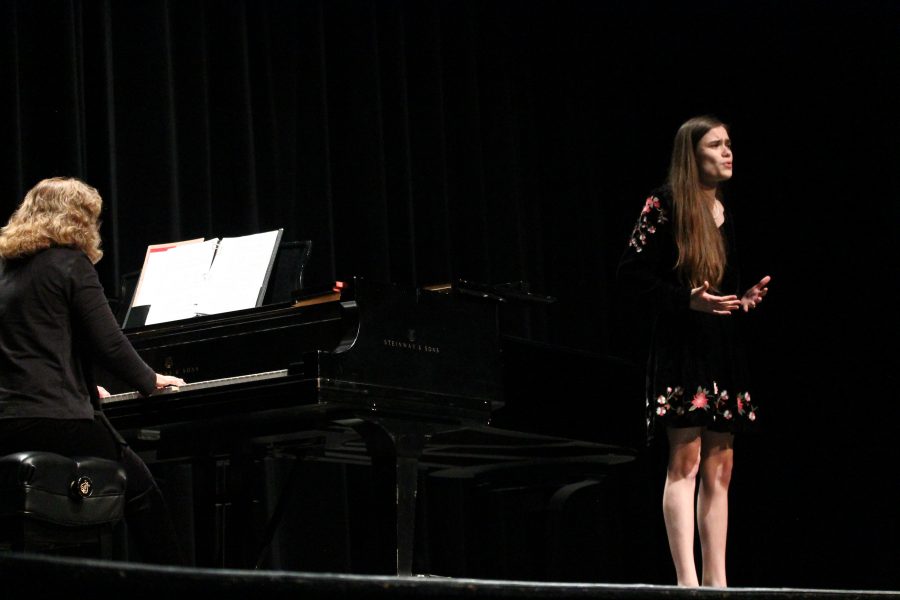 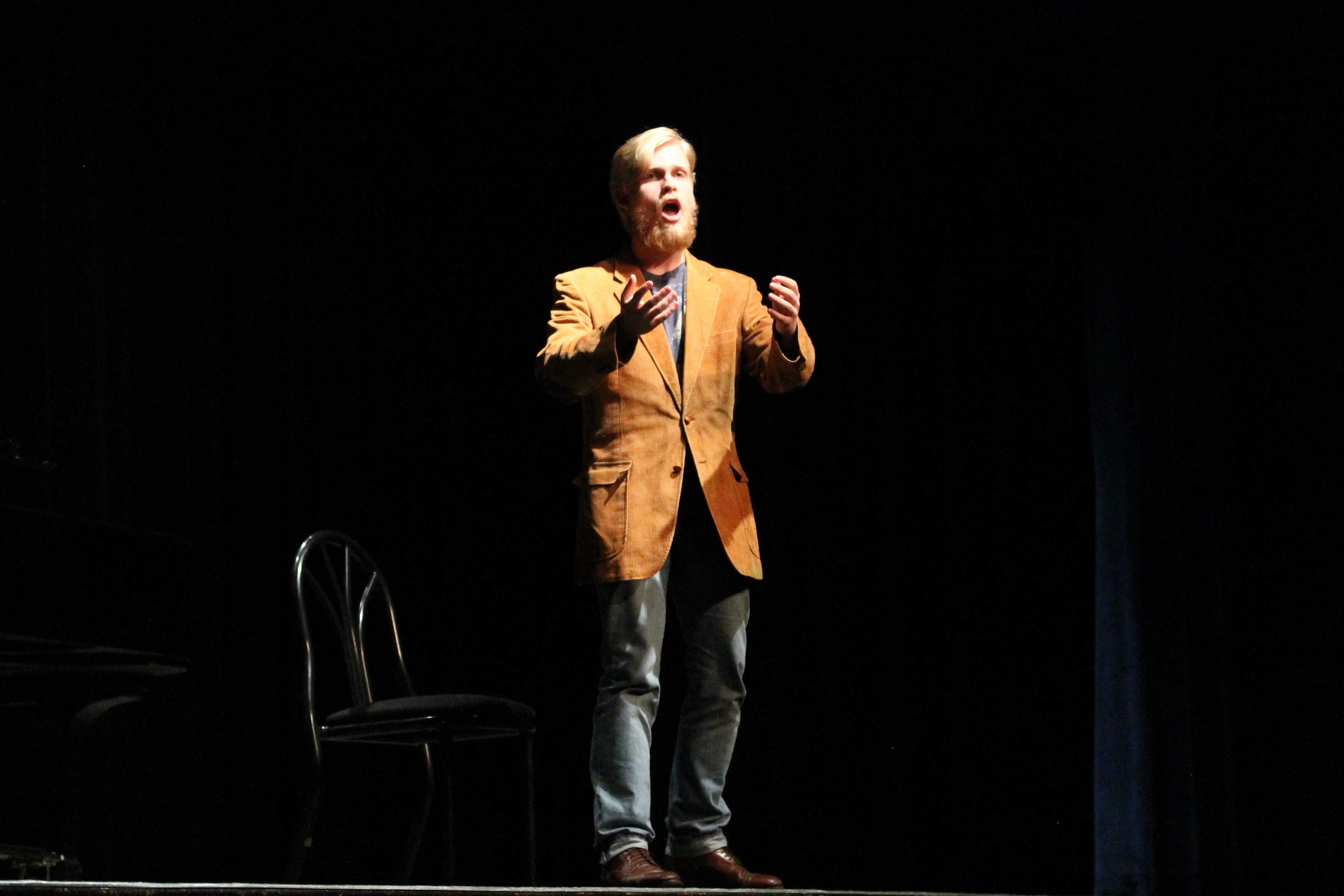 Several of the performances told stories of the beginnings of infatuated romance, like ‘Love, I Hear,’ by Stephen Sondheim and ‘Leaning on a Lamp-Post,’ by Noel Gay. Such contemporary musical theatre pieces were complemented by performances of the work of Classical composers such as Wolfgang Amadeus Mozart and Giuseppe Giordani.

As a result, the recital showcased a culturally diverse selection of music; half of the vocal performances were sung entirely in a foreign language. Stephanie Sager, an adjunct music professor at CF, said that the recital creates a challenge for students to test their ability in expressing themes to their audience in a language that they are not familiar with.

“When you’re used to hearing people sing in English, it’s easy to convey the message of the song,” Sager said. “When you’re singing in a foreign language, you have to really know what your text means in order to convey that to your audience effectively.” 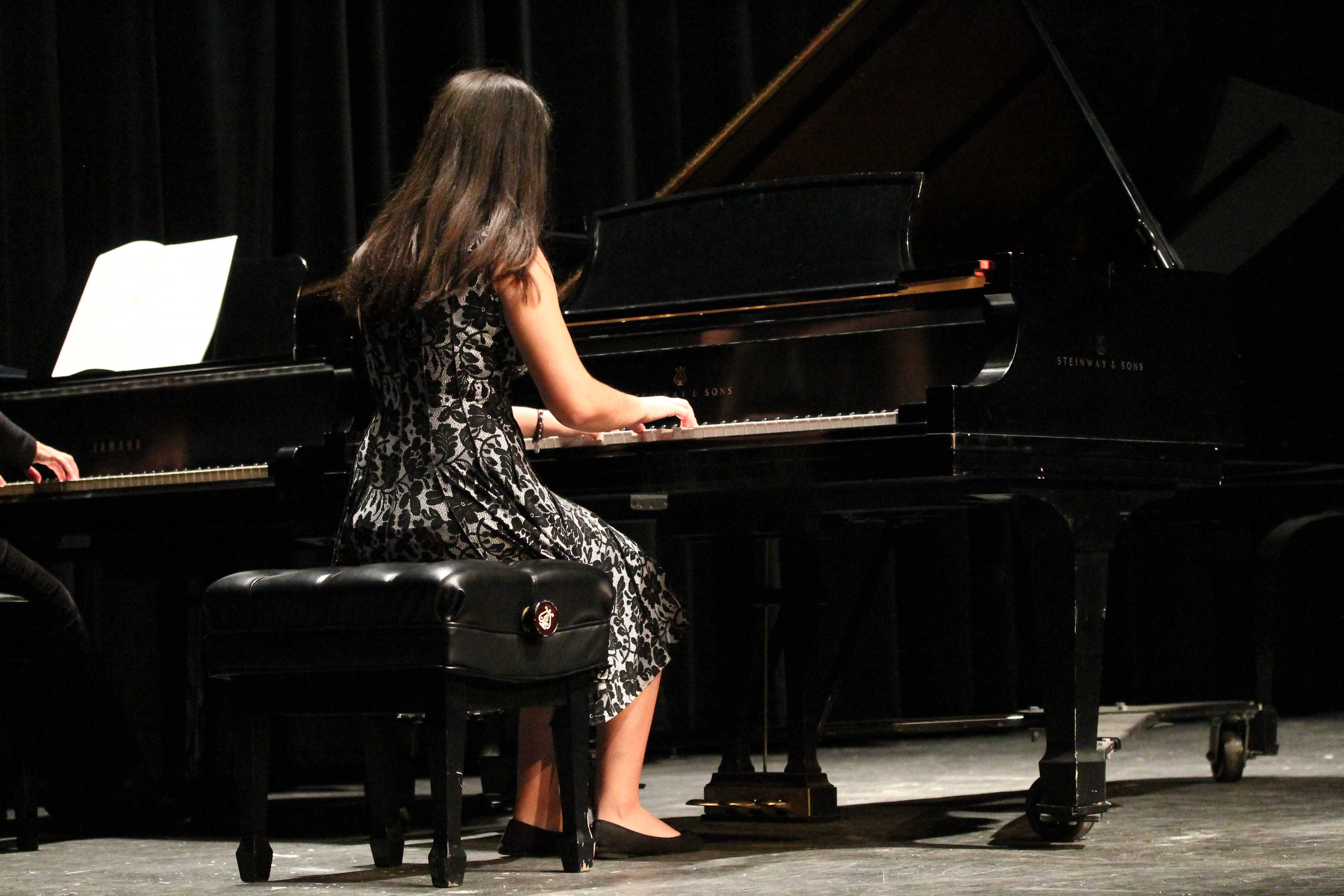 Aside from learning songs written in Italian, vocal and piano students alike use the semi-annual recital as practice for music juries, final exams, and future college entrance tests. The main goal of it, though, is to give the students a swing at performing in front of an audience despite the presence of stage jitters.

According to Sager, nervousness can alter a performer’s breathing pattern, which affects their singing or even the tempo of their piano pieces. The recital is just one of many opportunities that aspiring music performers must take to gradually improve their control over their performance anxiety.

Though stage nerves will mostly diminish with frequent performance in front of an audience, a certain amount of uneasiness may in fact be beneficial to the performer. GayLyn Capitano, the adjunct piano professor and accompanist at CF who accompanied vocal students at the recital, brought up this idea. 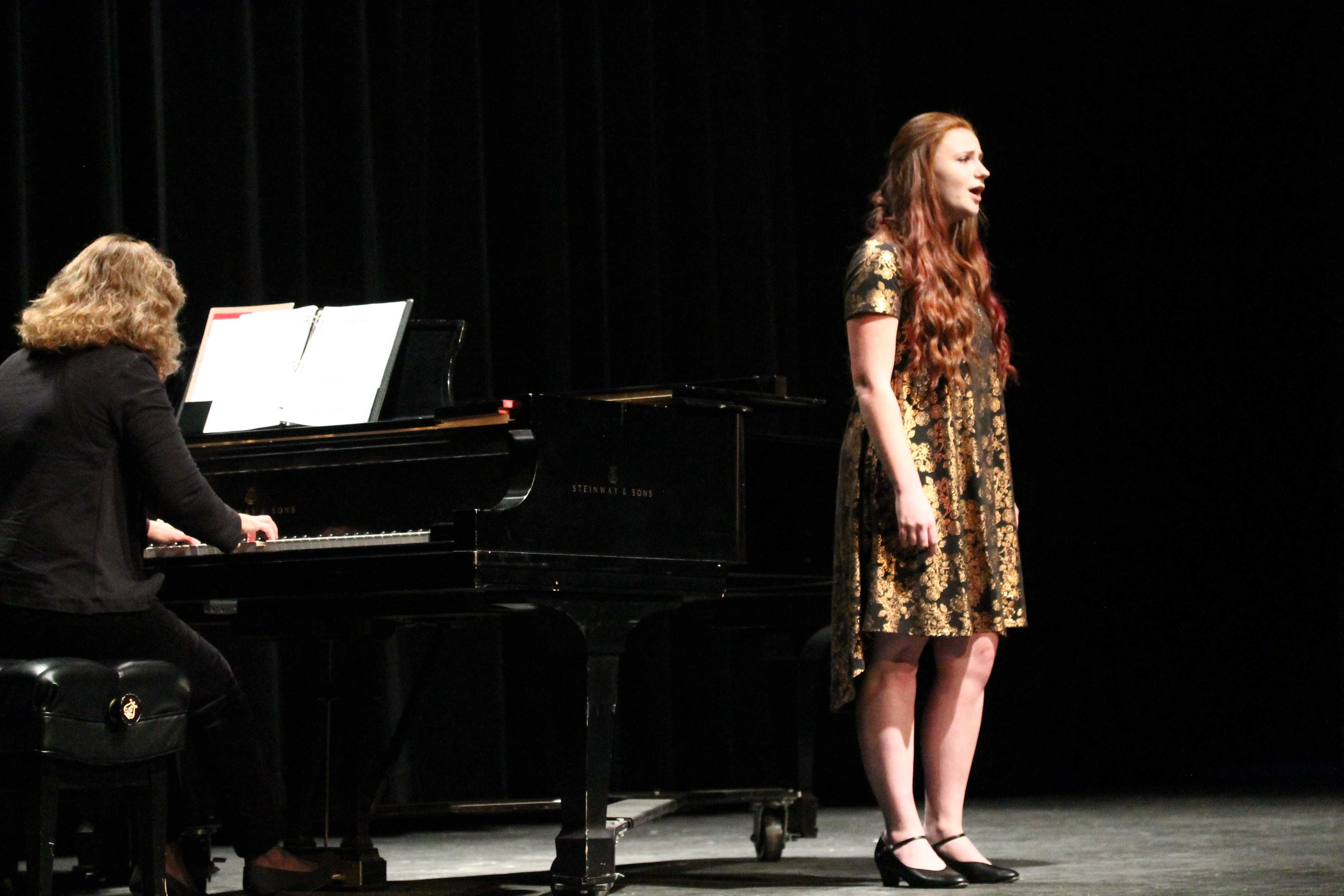 “A little bit of the nervous energy actually helps your performance,” Capitano said. “But it’s a matter of focus, too, so the more you perform, the more you are able to focus right on the music and not on extraneous things.”

CF piano and vocal students are given frequent opportunities to push their nerves to the limit: Wednesday’s recital served as a point from which it will be decided which students will take their performances to the Florida College Symposium in January. Music students from two-year colleges across Florida congregate at the Symposium to compete, attend workshops, and meet each other.

Jason Longtin, an associate professor of music at CF who took part in putting on the recital, said that people can also look forward to seeing music students in the upcoming Patriot Performances for the 60th Anniversary of the Arts at CF. These performances will take place on Saturday, Dec. 2 at 3 p.m. and 7:30 p.m., and on Sunday, Dec. 3 at 3 p.m. The event will feature combined performances by all of CF’s music ensembles, some of which include choir, band, string ensemble, and jazz band.

Laura Bertschinger, an adjunct voice professor at CF, helped prepare the students to calm their nerves for the recital. Bertschinger said that even music professors experience nervousness about their students’ performances.

“I felt that [the students] handled the pressure extremely well,” Bertschinger said. “We get just as nervous as they do, if not more, because we’ve been working with them the whole semester to get them to this point.”