CF Hosts “The Desegregation of Libraries in the South” Talk 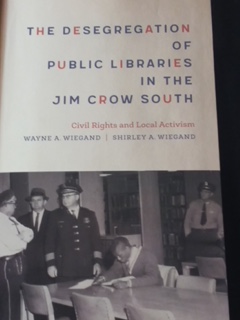 On April 11, CF hosted a talk in the Webber Center at 3 p.m. concerning the desegregation of public libraries in the south.
As a part of national library week, April 8-14, guest speakers Dr. Wayne Wiegand, F. William Summers Professor of library and Information Studies Emeritus and professor of American Studies at Florida State University, and his wife Shirley A. Wiegand, Professor Emerita of law at Marquette University, spoke about their new book. 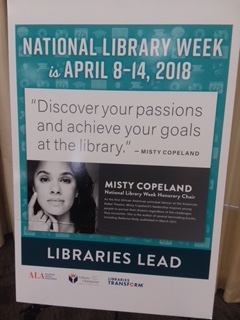 Co-authored by these two, the book titled ‘The desegregation of public libraries in the Jim Crow south: Civil Rights and Local Activism’ provides a history of why public libraries are now truly public. Dr. Wayne Wiegand explains this when elaborating its purpose.

“Our purpose was to unearth the historical facts and tell the story as we see it,” said Dr. Wayne Wiegand.
Some of the historical facts presented by Dr. Wayne Wiegand include the Supreme Court case Brown v. Board of education, Martin Luther King Jr’s story, public library sit-ins from African-Americans, and the actions of former president John F. Kennedy.
The youth were important to this movement. Teenagers participated in non-violent protests and went to extreme measures to get books. To them, the knowledge gained from these books was worth the risk of prosecution.
After his presentation, the audience was encouraged to ask questions. A common theme of the audience-based discussion was why some people back then wanted segregation.
“Imagine a group that doesn’t want to associate with another group,” said Wayne Wiegand. “That particular group would welcome segregated libraries. I think that is inherently undemocratic and unconstitutional.” 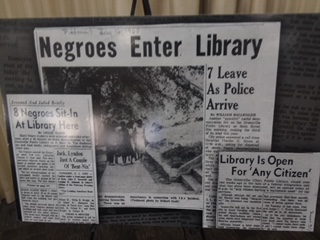 Another belief of segregation was that African-Americans were prevented from books because they would become free thinking and realize they can resist others.
Often mentioned with the historical facts are instances of violence. Citizens have been documented to verbally assault, beat, and intimidate African-Americans. Even without retaliation, they faced charges, most frequently disturbing the peace.
Segregation supporters argue that segregation could still work in the modern day barring it is separate and equal. However, that is not the case.
“Separate hardly ever is equal,” said Teresa Faust, library director. “Separate does not mean equal, someone is going to get more than the other.”
Faust continued by stating the importance of libraries in society and why they need to be equally accessible.
“Libraries are a reflection of society,” said Faust. “People realize that others are just people too.”
While it may not be its primary purpose, libraries provide an environment that makes people feel safe and creates interaction. Increased integration of all races, ethnicities, religions, and genders of the modern-day library make them thrive. John Meekin, a CF student majoring in business administration, shows this.
“We are all human beings, and everyone should be treated as equal,” said Meekin.
Some say that the 21 century shows that we will return to segregation and that history is repeating itself. While some believe this, Meekin does not think so and Dr. Wayne Wiegard does not want to.
“I don’t ever want to see us go back to segregated libraries.”