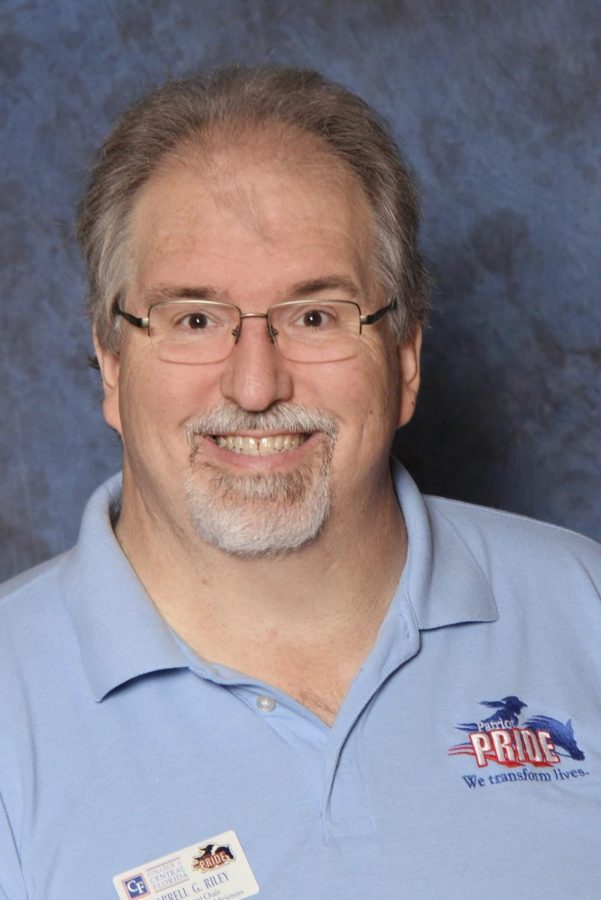 It is with heavy hearts that we officially share that CF’s Professor Darrell Riley  passed away Tuesday, Dec. 7, 2021 at the age of 63 due to illness.

A funeral service is set for the month of February in 2022, which is expected to take place at the Ocala Civic Theater.

A history teacher and co-adviser of the Brain Bowl at CF, Professor Riley i, leaving behind his wife Ginny Riley, who we ask to be kept in your thoughts.

Professor Riley was a joy to everyone that crossed paths with him, from his determination, to his heart-filled personality.

James Meier, co-advisor to the Brain Bowl alongside Professor Riley said, “[Riley] forced me to be a kinder, more generous person, simply by virtue of the example he set every day.”

Professor Riley leaves behind his wife Ginny Riley, who we ask to be kept in your thoughts.

Many individuals remember Professor Riley simply by his energy and character, described as a “renaissance man” by Rob Marino, a communications professor at CF and faculty advisor to the Patriot Press.

Marino, who knew Professor Riley before working at CF together, said, “he wore so many hats and was so well rounded in so many areas.”

Professor Riley remains well known around CF by his involvement in activities and drive to do anything needed of him as both a professor and mentor.

Students also remember Professor Riley for noble characteristics and for his inspiring and impactful teaching attitude.

SAB member Jeff Cooper said, “[Professor Riley] stood his ground for what he believed and made the class comfortable enough for the rest of us to voice our opinions.”

Director of Student Life Marjorie McGee said, “What I will remember most about him is his presence. When Darrell was around, you could just feel him. His smile. His laugh. His never ending knowledge about anything and everything.”