Live theatre is back at Dassance Fine Arts Center. 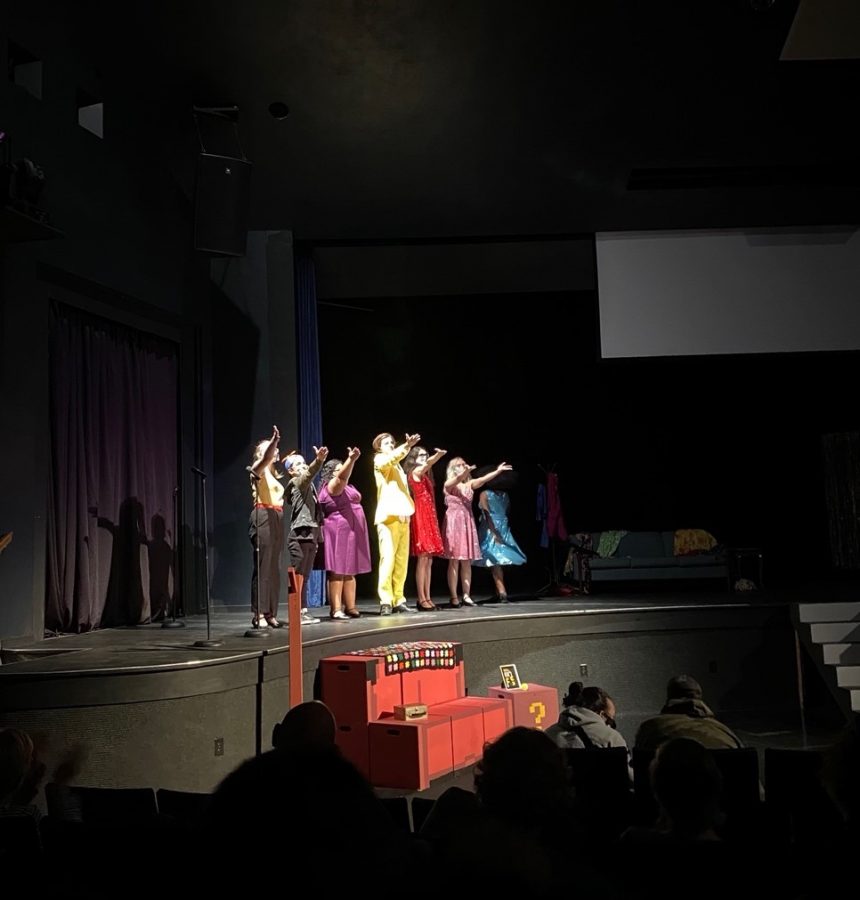 The CF theatre returned with musical performances and live audiences this Friday and Saturday, Nov. 5-6, and Sunday, Nov. 7, taking place in the Dassance Fine Arts Center.

Back to being in person, the event rounded up to roughly 90 minutes and showcased four 10-minute musicals that were all Directed by Dr. Jason Longtin.

Tickets to the event were free, doors were open 30 minutes before the first performance, and reservations were not required, but attendees could choose where to sit. For more information about the event, as well as information and showtimes for future events like this one, students can visit CF.edu.

The first performance to show was “A most Average Musical” by Jonathan Keebler, in which the audience meets Jenny; a freshman college student who spends her first Friday night alone.

“A most Average Musical” featured six live musical numbers all set in a college dorm room, in which college life, self-acceptance, and relationships stands out.

One student who wished to remain anonymous said, “I really enjoyed the first one, it was fun, it made me laugh and I could hear the audience laughing too.”

Next was “Pellets, Cherries, and Lies” by Erik Przytulksi, where the audience meets the “Pac” family, and the Junior Pac boy struggles to keep his family together in “Mazeland”.

Via e-mail, the writer of the musical shared that he wrote this show in four days, and that he is “so pleased” that it has performed across the country.

“Years ago, I had collaborated with a writing team, I pitched the idea, and turned out fine, but I could never let this idea go,” Przytulksi said. “It still gives me inspiration to trust my instincts and never give up.”

“The Hipster Sister” by Andy Roninson was third in the row, and it was about one sister, Chelsea, getting fed up with her singer-songwriter sister, Jackie.

The writer of this musical expressed that he wrote the musical in part about all his “weird friends/songwriters, so it was “fun to think about them”.

“There are jokes that I don’t know if others will like, but they are there for me because they are stupid and make me smile,” Roninson said.

Joshua L. Mazur’s “Any ordinary Sunday” was about a morning in the church service, who’s compositions have been performed across several continents and on international festivals.

And finally, the one act play “10 ways to survive the Zombie Apocalypse” by Don Zolidis was a comedy in which they provided tips on what to do if zombies were to attack.

The cast used varieties of backgrounds to set their scenes, and implemented props like ukuleles, guns, sheets and so on to make this night “back on stage” a success.

Every cast member wore a clear face mask in order to still see their mouths, but the approximate 100 people that attended could choose to wear a mask or not.

Viewers responded well to the comedy and celebrated the return to the theater, which had been missed due to COVID 19 since March 2020.

“It is a dream of every writer to see their work performed,” Przytulksi said. “When it does, it’s just awesome and it never gets old”