A Weekend of Winnings at the FIFA Tournament

The first state championships won by the forensics team. 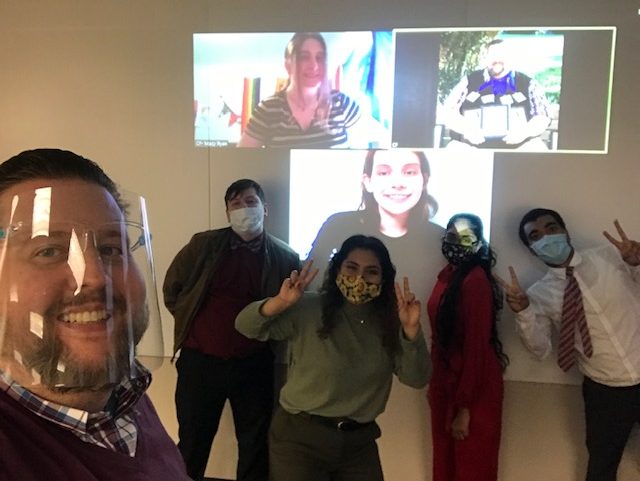 CF's Forensics Team gets together for a group photo to celebrate the event.

The forensics team took a win in the Florida Intercollegiate Forensics Association tournament, FIFA, for the first time in school history on Feb. 19 and 20 and they were able to take home four state championships.

The team had also been able to qualify in a speech competition that took place during the same weekend.

According to Dr. Maddex, faculty, “we qualified our first speaker for the oldest speech competition in the U.S. called the Interstate Oratory Association.”

Hernandez also won the state title for first place in ‘Persuasive (speaking)’ and won her placement within the top two. This qualified her to compete in the IOA that will take place in late April.

Along with that, another student, Sayjal Jaimungal, won sixth place in ‘Programmed Oral Interpretation’.

Three students combined, Ryan, Jaimungal, and Hernandez, all won a state title as first place in the ‘Readers Theater.’

The team awards for the forensics team were fifth place in Overall Team Sweeps and first place in the Limited Entry Division as the state champion.

“It is these accomplishments and many others; this team has achieved this year that should be showcased and celebrated at CF and within our communities,” said Maddex.

“We have bigger goals to accomplish this year, but very proud of these results considering where we came from just two years ago,” said Maddex.